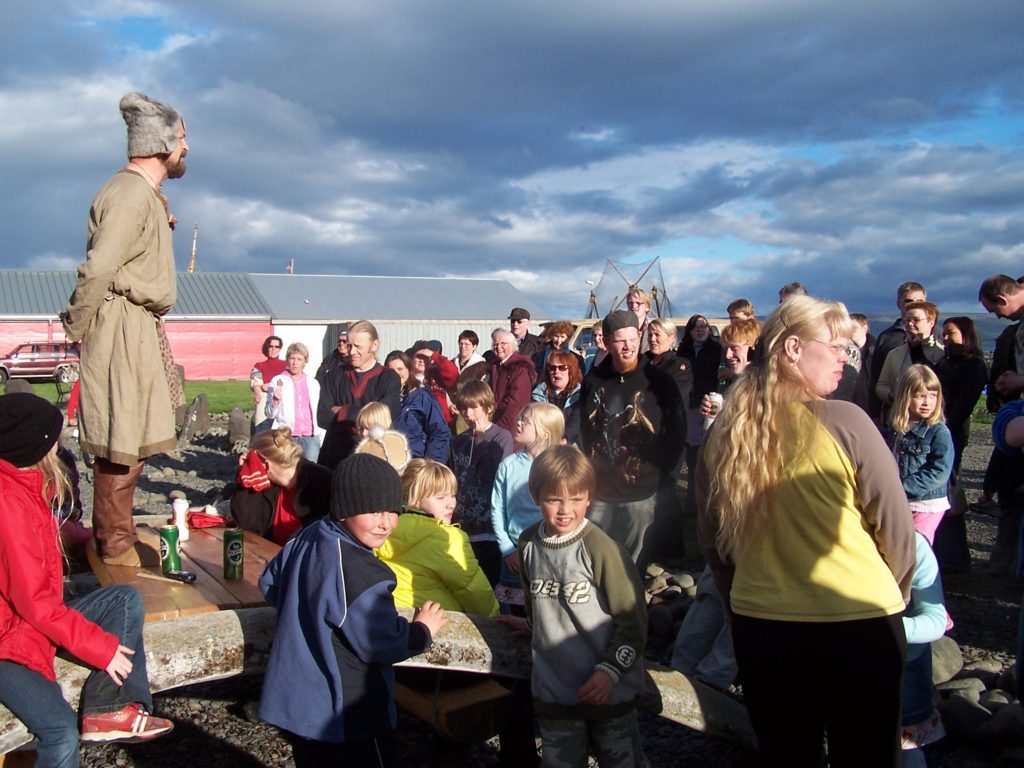 The Museum of Icelandic Sorcery and Witchcraft, its development and success, is a community project. The support, hard work, and goodwill of the people in Strandir has been key to preserving and sharing our unique heritage. But it is not all work….

The idea for a sorcery and witchcraft exhibition was first presented in 1996 and developed through research and design for four years. The founders were local people who had a vision of creating an attraction for people to visit this remote region. The aim was to introduce guests to the whole Strandir area.

From day one, this was an ambitious cultural undertaking. With a subject delicate as this, a careful approach and professional design was important. Production designer Árni Páll Jóhannsson was given the task of designing the exhibition.

The Museum of Icelandic Sorcery and Witchcraft was opened for the first time on Midsummer's Day, June 23rd 2000. The planning and designing of the second part of the exhibition, the Sorcerer’s Cottage, initiated already in the opening year. As 17th century building methods and material were used a great deal of work was involved in the construction. This was done in large part by volunteers as many hands are required to stack turf and rocks. The Sorcerer’s Cottage was formally opened on July 23rd, 2005.

The old Steingrimsfjordur trading company had an old warehouse by the harbour in Holmavik which was handed over to the sorcery exhibition.

Many days of manual work went into making the house ready.

The look of the house was very important, both inside and outside. Much of the work was done on a voluntary basis by the people in Strandir.

The Museum of Icelandic Sorcery and Witchcraft celebrated its 20th birthday in 2020. 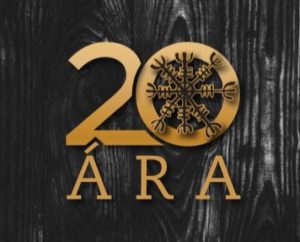 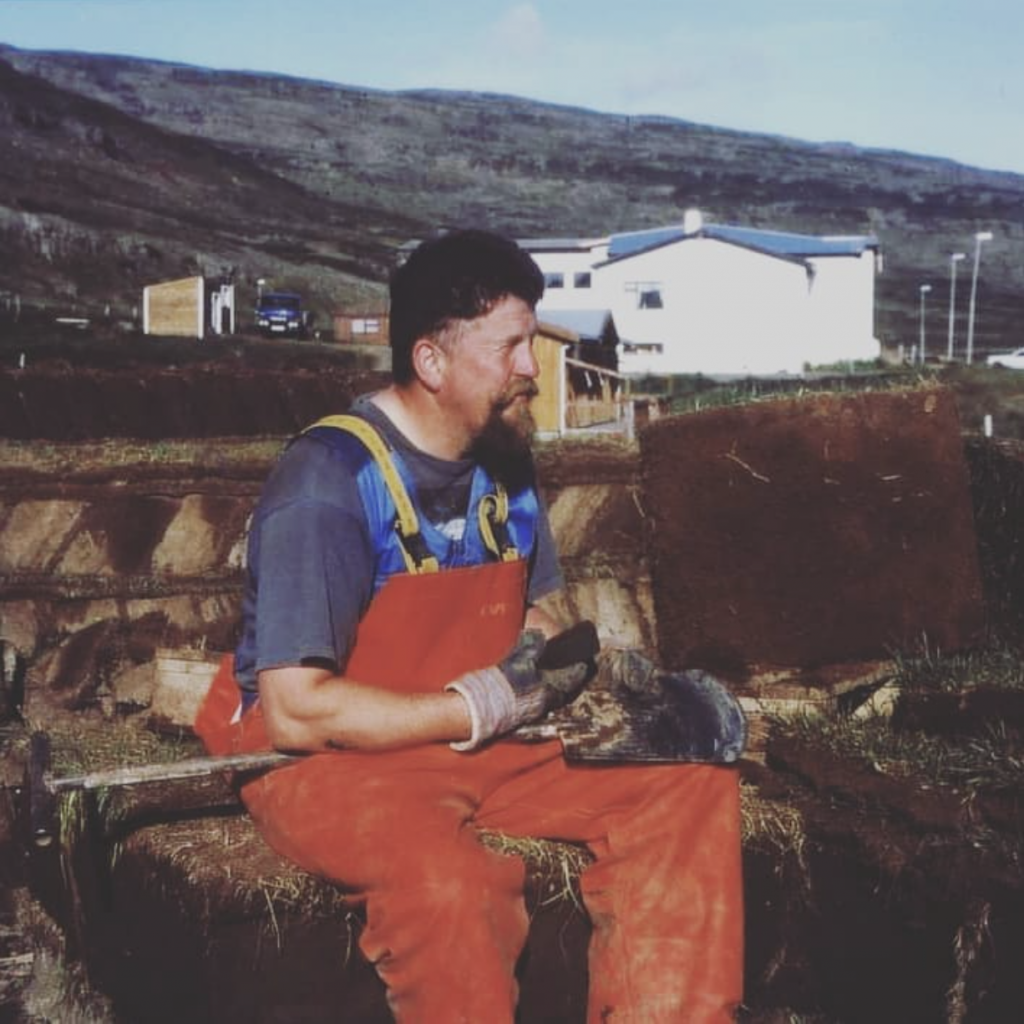 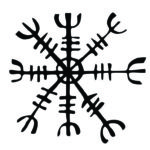 The Museum of Icelandic Sorcery and Witchcraft has hosted and taken part in countless events and projects, both on its own and in partnership with others. Here are some examples.

We had a Quidditch tournament in 2020 on our Magic Field by the museum where people of all ages battled for the title of Wizard Master. The competition was a roaring success and no one got hurt! The event took place during the annual Happy Days in Holmavik.

Magic and music beneath an orange sky

The festival was held August 10-12 in Bjarnarfjordur. It was very well attended by locals and guests alike and is an experience no one will forget. Among the musicians were Sigurrós who had recently realeased their famous LP, Ágætis byrjun.

A conference with the University of Iceland

“Magic and community in the middle ages'' was an international conference held in Laugarholl in Bjarnarfjordur in 2006. Scholars on the subject related findings of various research. The articles can be bought at the University and in our shop, they are however only available in Icelandic. 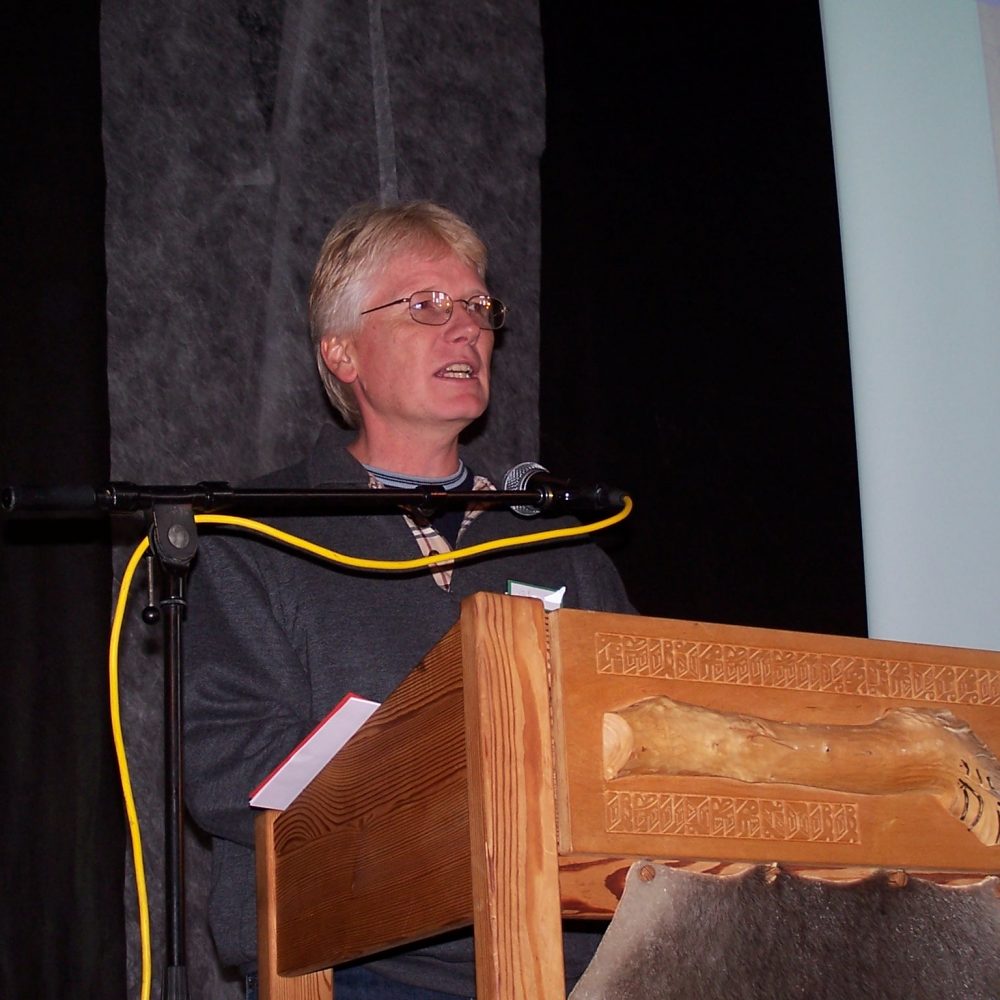 A “blót” in the garden

When an addition was made to the main exhibition, a stone used for collecting blood during sacrifices in pagan rituals (“blót”), we held our own “blót” in the garden. The event took place on July 2nd in 2005. The Chief of the Ásatrú (religion of the old Norse culture) presided over the ceremony. The bowl made of stone was found in nearby Goðdalur in Bjarnarfjordur. The English name for the object would translate as “blood cup”. This is the only object found in Iceland, hereto, that can be linked to rituals of the old Norse religion.

Read about the Blood Cup 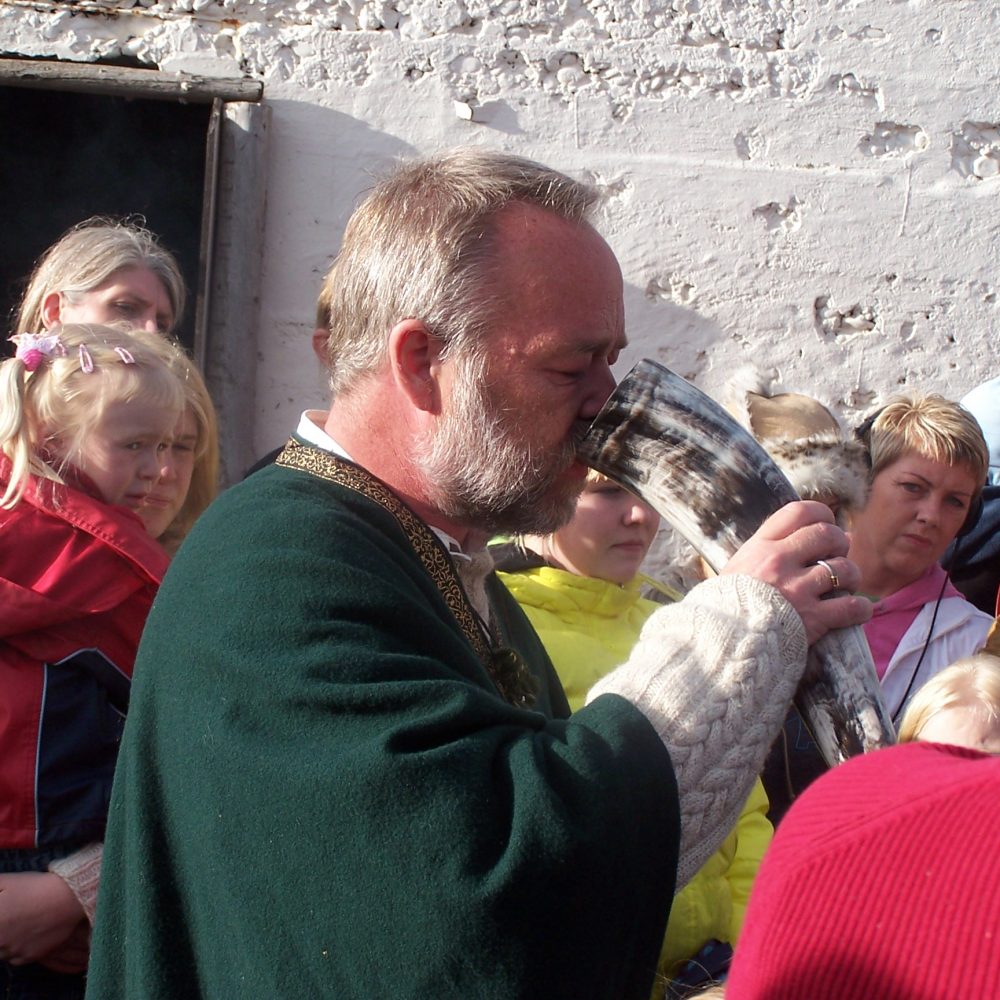 Children’s theater on the second floor

The manager of the Museum was in charge of a special children's story programme (“Elves and trolls and all the Hullabaloo”). (“The Doll Stroller”) performed a show two summers in a row in the same venue. á Galdraloftinu, efri hæð sýningarinnar.

Children’s theater on the second floor

The manager of the Museum was in charge of a special children’s story programme three nights a week on the second floor of the exhibition (“Elves and trolls and all the Hullabaloo”). The puppet theater Dúkkukerran (“The Doll Stroller”) performed a show two summers in a row in the same venue.

In 2015, 400 years had passed since the horrible events called the Spanish Killings took place in the WestFjords, where 80 Basque whalers had run ashore and were massacred. Icelanders are both horrified and captivated by this event as killings like these were not at all conventional. Jón the Learned, who is featured on the 2nd floor of the exhibition in Holmavik, wrote about the killings at the time and criticized this unlawful brutality against our fellow men. In 2015 a memorial was placed near the exhibition.

There is an annual tradition in Holmavik to compete in karaoke. Individuals and companies participate and naturally the Museum of Icelandic Sorcery and Witchcraft takes the competition seriously. Former manager Sigurður had memorable performances for many years running and recently the new manager, Anna Björg, has stepped up to the plate and delivered innovative musical numbers, more often than not with a magical twist.

For a few years the Museum did lively advent calendars. One year the Yule Lads made an appearance in the Sorcerer’s Cottage, and another starred the puppet Tumi who interviewed children in the kindergarten. Another version featured the memories of people in Strandir.

Ravens are an essential part of Icelandic myth and folklore. During three summers in a row the exhibition took in a pair of ravens. Of course they were named, like any animals cared for by humans for short or long periods of time. In total, six ravens joined us for three summers, one pair at a time. The first pair was named Magic-Manga and Magic-Imba after alleged sorceresses in Strandir in the 17th century. Then came two ravens that were brothers and were named Jón the Learned and Jón Glói. The last pair of ravens were named after two religious men from the 17th century, Páll Björnsson priest and Brynjólfur Sveinsson bishop.

From the late Sigurður Atlason’s diary:

“The two brothers Brynjolfur bishop and Reverend Páll are now outside in the fresh air but we have had to keep them inside due to the bad weather. They are rather petite and have most likely come from the egg very late. They felt great in the sun and the cool breeze yesterday as they snuggled and enjoyed the outdoor nest by the museum in Holmavik. They are grooming on their own now and they must feel growing pains because you can almost watch them grow. Brynjolfur bishop is still smaller and Reverend Páll sometimes thinks his brother is a bite for him to eat but they will eat anything that is handed to them.” 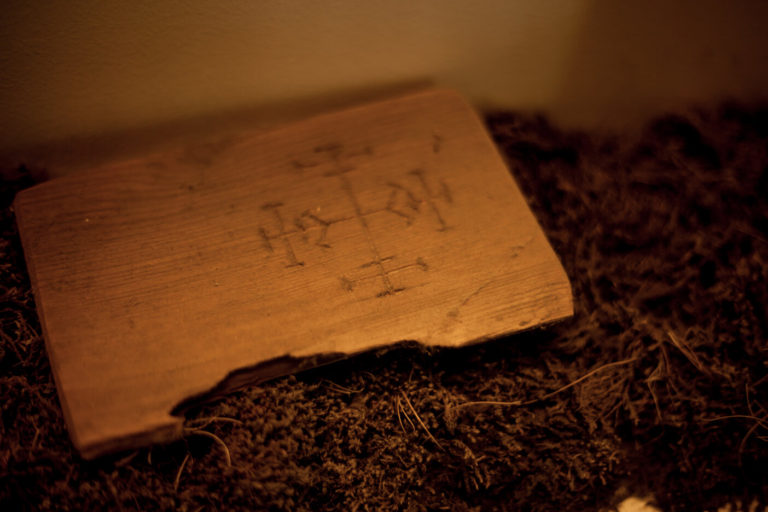