The Huld manuscript was written in 1847 by Geir Vigfússon in Akureyri (died 1880). As many later grimoires the main material is a collection of typefaces, both secret letters and rune letters, althogether around 300 alphabets. Geir has had models of at least three old manuscripts and mentions that one of them was written in Seltjarnarnes around 1810. In the second part of the book, there are 30 magic staves with texts. 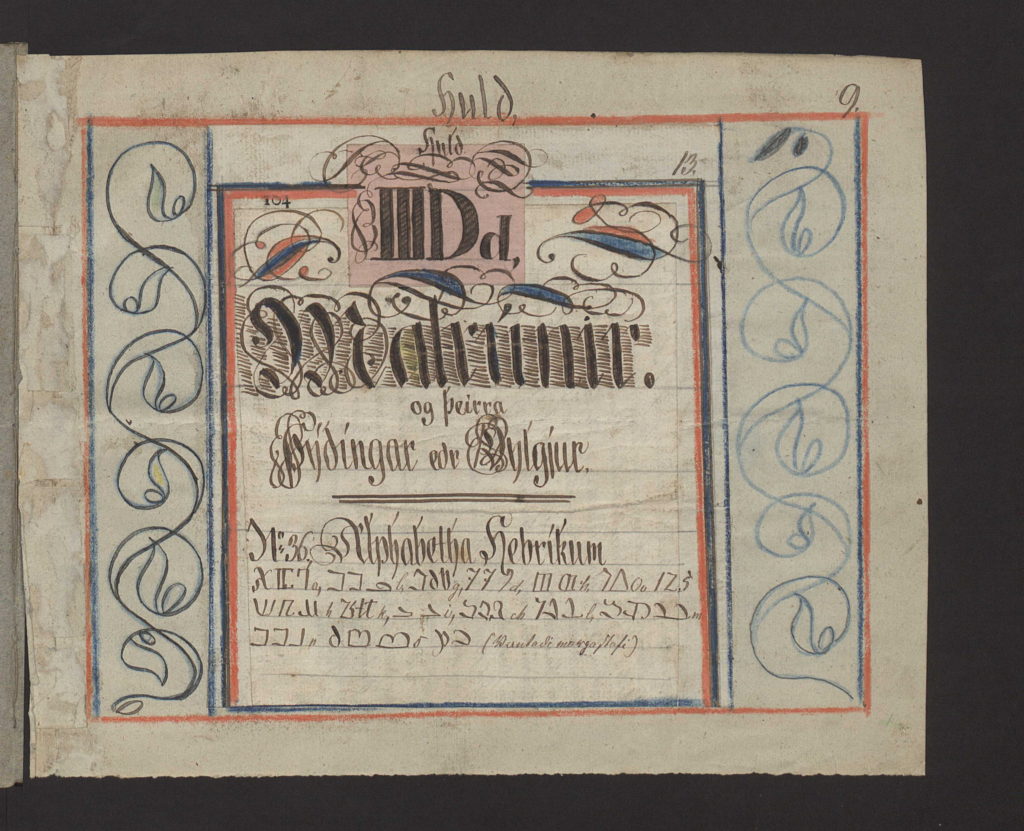 Icelandic magic staves are often dervied from ancient runes. They have been known since long before the age of witch-hunts and are sometimes to be found on the margins of old manuscripts. This is the case with this particular mamuscript made of animal hide dating from around 1500 and goes by the name of the Book of Hlíðarendi (Hlíðarendabók).

The book contains the book of John and various laws. Legal texts were usually more ambitious and so they have been preserved better than sagas. On this page of the manuscript a stave has been drawn below the text and then an attempt made to scrape it off the page.

Grimoire dating from around 1820

Grimoires tell the reader how to perform strange things. This particular grimoire teaches you how to make your cat become full with kittens without mating, to make fish gather in one and the same place, to make husband and wife stay together and be happy, and how to identify a signal of death. 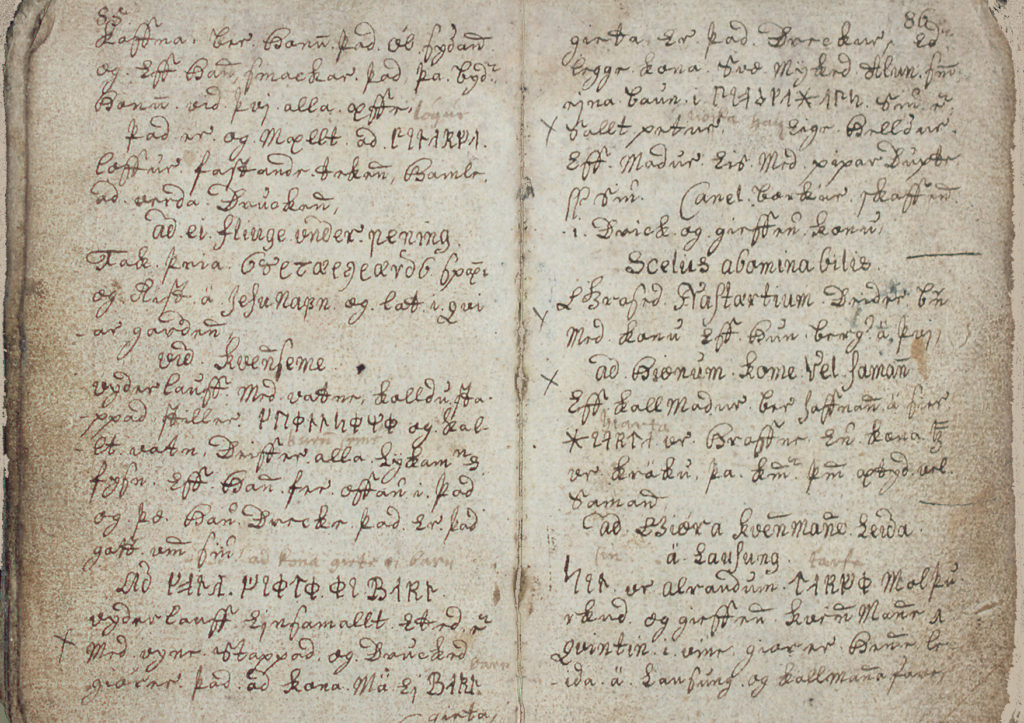 The Stockholm grimoire Lbs 764 4to

Some grimoires have speech runes and many typefaces. Most of these books are from later centuries although speech runes, band runes and lettering is to be found in earlier manuscripts. This book from around 1820 is one of a kind because even though the names of the magic staves are readable the explanations are coded.

In order to get what you want, or the meaning of the "Troubling stave" you would need to know two typefaces.

In the manuscript section of the University National Library is a grimoire made of animal skin from the 17. century (Lbs. 143, 8vo) that contains a few magic staves and texts in Icelandic and Latin. Much of the text is of Christian origin, among them a letter from Christ apparently originated in Germany. Most of the staves in the manuscript are for protection.

In the pages shown there is the latter part of a Charlemagne typeface and an Aegishjalmur stave with accompanying text and the Seal of the holy spirit and the Seal of Salomon, a powerful protecting stave that has many versions. 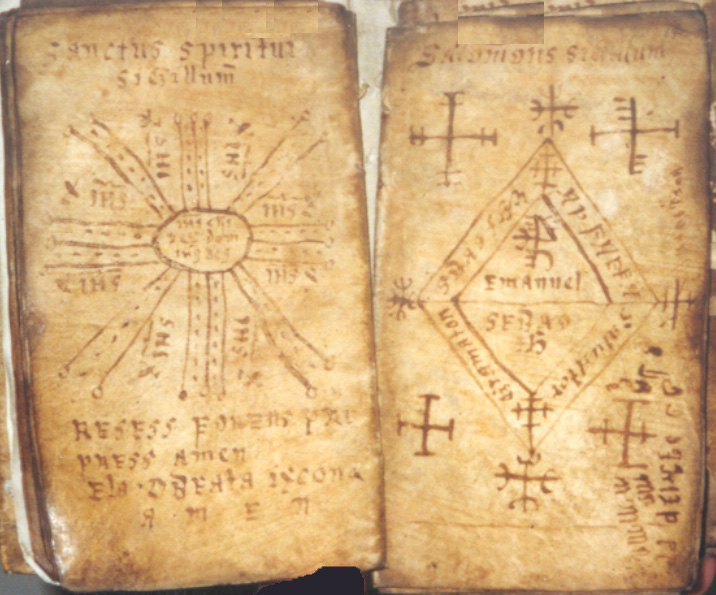