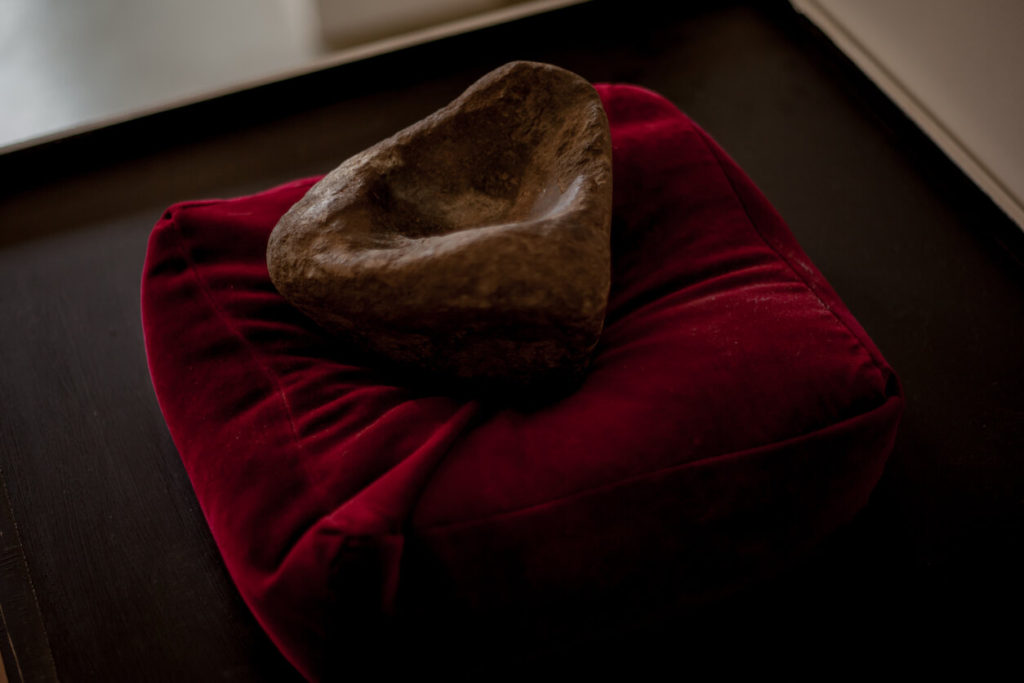 Around 1960, a strange object was discovered in Goðdal. A stone with a hole engraved in the middle, making it a bowl. The bowl, ur cup, disappeared for years but resurfaced in the summer of 2002 and was given to the Museum og Icelandic Sorcery and Witchcraft to keep and preserve. Because of stories of a pagan hofrúst in Goðdalur it was possible that this was a Hlautbolli (blood cup) used in the old Norse religion for ceremonies involving sacrifices.

Numerous research was made on the stone with methods of pathology, archaeology, geology, and other fields. During the pathologist’s research it became apparent that on the bottom and edges of the bowl was old blood. This turned out to be the blood of an animal. We have a description of a blood cup in Eyrbyggja Saga where it says:

“On the pedestal there should stand a blood cup and therein a blood spear and wand to strew blood from the cup. The blood was called hlaut, i.e. the blood of an animal sacrificed to the gods.”